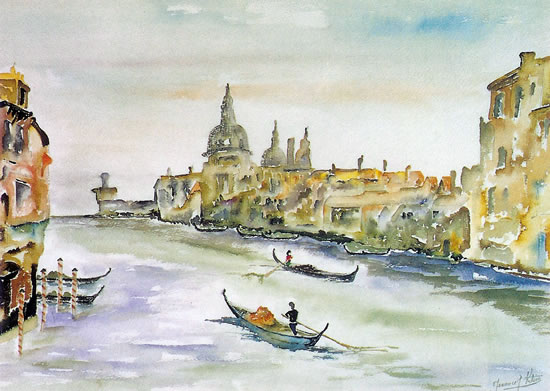 Image Size: 19″ x 13″ but print size flexible to your requirements
Art Medium: Watercolour
Painting Sold, but prints of other work available
Price Guide: Terence Kitson paintings sell from £185 to £450
Print Prices: On request, depending on size

Paintings in Watercolour and Oil 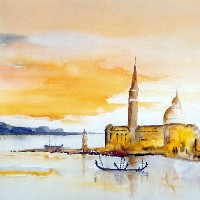 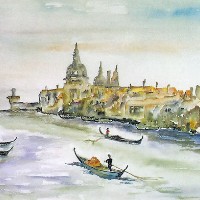 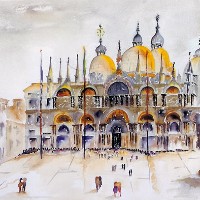 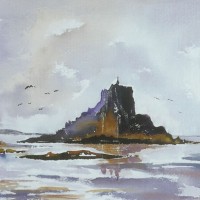 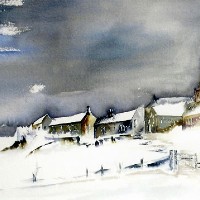 Born in 1936 (London), Terry has been painting seriously in the medium of watercolour for 10 years. He was influenced by his mother to take up art (her medium being oils). He now paints with a small group in Surrey, one day each month, and has found strength from the group leader Kim Page.

Terry prefers a loose “wet into wet” method, concentrating mainly on land/sea scapes with the occasional breakaway into other styles. He considers that watercolour painting should reflect what the artist sees.

Terry works mainly from sketches executed quickly with colour notes written and painted. He does not like gimmicks to obtain results, rather relying on traditional methods. He has great admiration for past artists such as Turner, Constable, Sargent, Sir William Russell Flint, Seago and Wesson. Terry believes that much can be learnt from just looking at these past masters, and also from current artists such as John Yardley, Trevor Chamberlain, David Sheppard and Barbara Crowe, plus other accomplished artists.