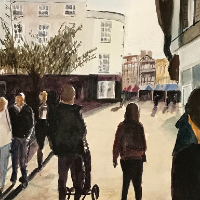 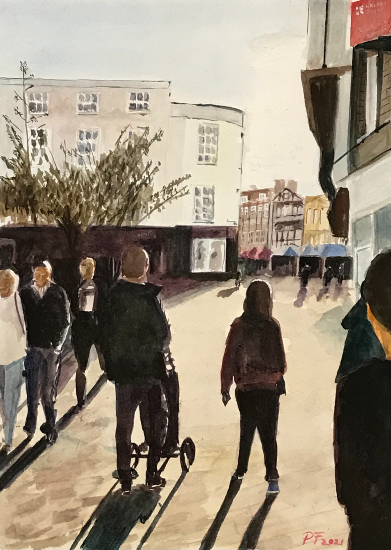 Portraiture, Cityscapes, Landscapes and Coastal in Oil and Watercolour 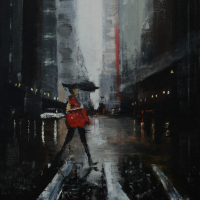 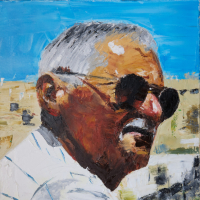 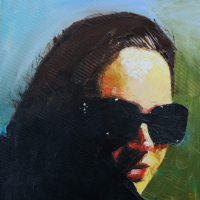 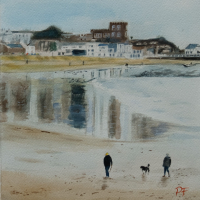 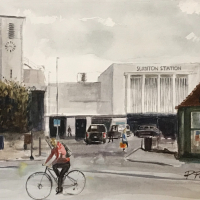 Peter was born and grew up in Budapest and although he was interested in drawing from an early age (inspired by his grandad), he pursued a career in sports. He went on to become a physical education teacher following in his parents’ footsteps.

Alongside his teaching career, Peter trained as a boxer and came second in the National Hungarian Boxing Championship. Although he never completely moved away from art, he only become passionate about painting in recent years.

He became interested in a variety of subjects including city and landscapes as well as portraiture. He enjoyed experimenting with oil and became fascinated by the reflection of light from wet surfaces expressed by minimal, often bald mark making. His portraiture is characterised by his subjects emerging from dark backgrounds.

Motivated by his travels, he became interested in watercolour, initially inspired purely by lack of working space. Peter became charmed by British landscapes and coastal towns. Through his paintings, he attempts to convey the atmosphere of a scene with simple mark making. 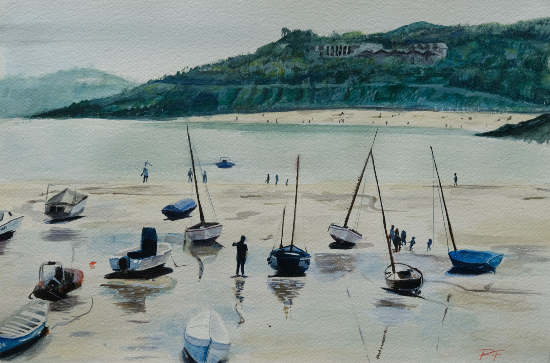 Peter is not currently a member of a Surbiton Art Group or Art Society.