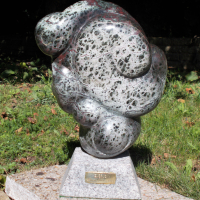 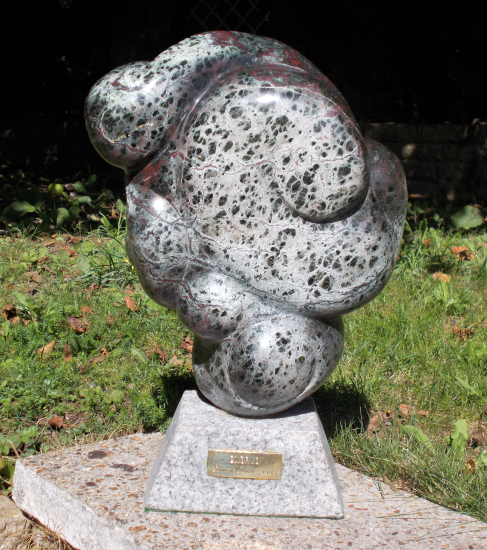 Abstract form viewable from any angle.

Art of Joy by Simon Oliver 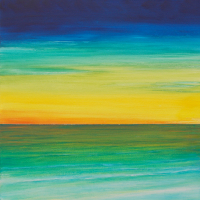 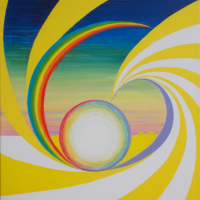 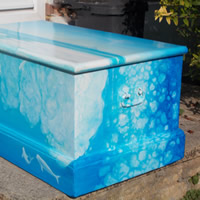 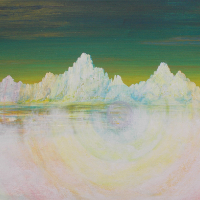 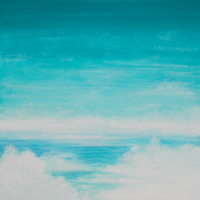 Since childhood, I have always enjoyed observing nature in all her finery; particularly land, sea and skyscapes.

Recently, I have rekindled my love of painting using acrylics, exploring unusual and ‘other worldly‘ occurrences in nature. I’m continuously inspired to paint by merging memories and travels, combined with imagination. This enables me to travel freely in my creative process to unique places, colour and content. 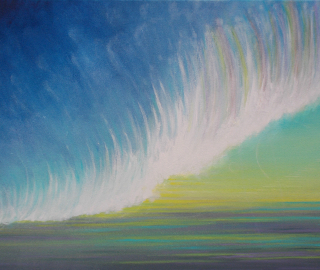 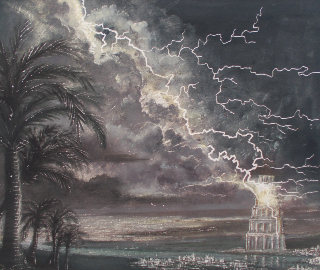 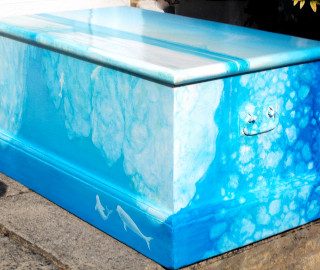 I spent many years working and volunteering at sea and living in a beautiful coastal town. In the past, this galvanised me to work with indigenous stones and woods, with exhibitions over several years. 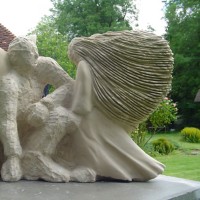 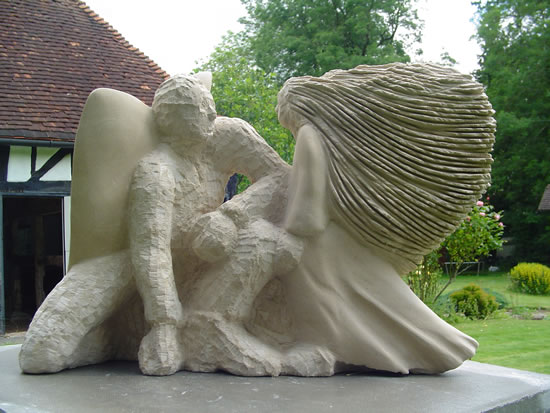 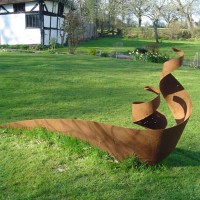 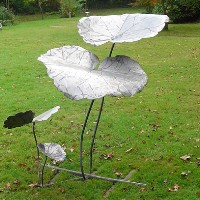 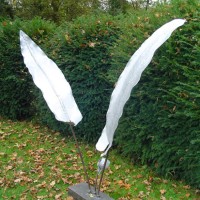 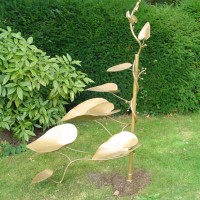 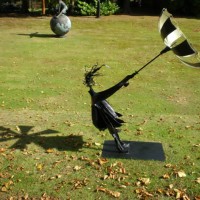 I am a sculptor, predominantly working in stone and metal, but I also paint and draw when the need arises. When working with stone I make figurative pieces, human or animal and I tend to let the stone lead the way. What I mean is I draw the inspiration from the particular lump of rock and in a sense release the image I can see within it.

Working with metal is very different, as I have a more deliberate and focused approach. It also lends itself well to making larger structures and allows me to develop more ambitious ideas for outdoor or garden sculptures.

I am known to almost everybody as Jericho because lots of people find my real name difficult to pronounce. As of 1st January 2006, I became a full-time artist. For the most part of my career I have been working mostly to commissions as well as working steadily to complete a body of work that I can show.

So, if you are thinking of commissioning a sculpture for a garden (or other outdoors or indoors space) please feel free to contact me to discuss any aspect of the process.

I was born in Subotica (former Yugoslavia) in 1970 and started practising art there at an early age. It was only after I emigrated to Britain and after completing my art degree that I became a professional artist (BA Fine Art, First Class Honours Degree). I am also known as Jericho – a name given to me by my wife and now adopted as an alias.

My portfolio consists not only of sculptures and three dimensional works, but also paintings and drawings. I love working in stone and metal, but I've also worked with cold casting and wood. I have had a number of commissions for paintings and sculptures, both abstract and figurative, for corporate clients and individuals.

I organised a venue and showed work, with two other artists, at the Artists and Makers Festival Open Houses and Studios in Horsham in July 2006. I also had a solo exhibition at Roffey Park Institute, Horsham in 2008.

I have shown work at the Great Art Fair in Alexandra Palace, London; Denbies Vineyard Bacchus Award Exhibition in January 2007; The Battersea Art Fair in 2007 and 2008 and The Landmark Arts Centre Art Fair in 2008 and 2009.

I exhibited at the Acorn Galleries in Billingshurst, West Sussex - one man show from 5th April to 25th April 2007 and the Quaker Art Week in Dorking in 2008. I had a solo exhibition of drawings, paintings and sculptures in June 2000, in Leicester and was exhibited at South Croxton Biennial Art Festival in Leicestershire 2001 and the London Affordable Art Fair in Autumn 2004